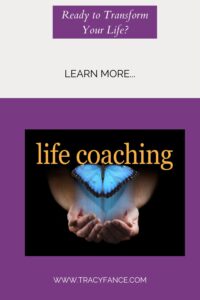 Ready to Live The Life You Desire Not The One You Have?

You are on this page because you are a spiritual seeker in need of answers, you are looking for transformation and you know the only person who can achieve that is you, with maybe a bit of help from someone like me....

Rory came to me at a time when he felt stuck & unhappy in his career. He’d recently made some big changes but he worried that he was making the wrong decisions, that he wasn't where he needed to be in life.

Rory had been through a difficult time recently with health, family, Covid & bereavements & frankly his head was bursting with thoughts, ideas and memories.

Rory was very entrepreneurial yet wasn't living that life, he was also struggling with the aftermath of cancer where he ended up questioning everything in his life. It was clear that the life he was leading wasn't aligned to his beliefs & values which in turn caused him conflict in achieving what he wanted, it's like a tug of war with oneself but with no clear winner!

We worked over 3 sessions to help him understand his upbringing, his decision-making processes & to establish what he wanted his life to look like going forward. We were able to identify that Rory needed to be much more expressive of his emotions on a daily basis, it was these unexpressed emotions, especially anger that had resulted in the cancer he was diagnosed with.

We created a healthier perspective on the past which allowed him to release himself from it, as well as creating a business & life plan that would allow him to pursue the entrepreneurial aspect that was so important to him.

We created strategies to manage his emotions so he was more balanced which enabled him to be happier, more focused and believe in his decision-making skills again.

Rory was able to reconnect with his intuition too which meant he was able to live life in a more aligned way.

Rory has since made many decisions to put his life on track, he is now happy & settled with clear purpose in life.

Teresa's story was pretty simple & straightforward; Teresa felt trapped in her job, she was very unhappy and simply could not figure out what to do about it.

I created an 'anchor' (this is a point on the body that we use to associate positive emotions or beliefs, it can be pressed whenever needed in order to fire off the chosen emotion), with Teresa, the anchor was all about freedom, we linked the anchor to all those times in her life that she'd felt free, this meant that whenever she felf trapped she could swap it for freedom.

Teresa has actually now changed jobs, having a sense of freedom took a huge pressure off her & this made it easier to eventually find a different job that did not make her feel trapped.

Kurt was stuck in a toxic relationship, had major health issues including PTSD, depression & anxiety, plus he'd lost his spiritual connection.

We worked together over a few sessions, Kurt took onboard all the tools that I was able to offer him, he came with a completely open mind and the changes were rapid, literally changing his life.

Kurt has now left the toxic relationship, no longer sufferes from the PTSD and no longer has depression or anxiety, he is in fact not on any medication now and feels fantastic.

Kurt was so thrilled to feel he could live again and has now moved nearer to his family and is building relationships with them all.

Like many people, Kurt had tried various ways to get well, unfortunately because of major trauma as a child & the deep emotional pressure he'd been under in his relationship, his self-belief and worth were so low they prevented him from succeeding. In our sessions we re-created beliefs and values that were his core self, this allowed his body to heal.

Kurt is like a different person, he feels he can start living now.

Can Coaching Help Me? Expand

It is unlikely that one coaching session will be sufficient to transform your life, however that is what the Discovery Call is for, so let's talk so we can find out what is right for you.

Each client is different but the deeper the issue, the more widespread the areas of your life that are not where you wish them to be, the more sessions may be needed.

I've not found anything yet that we can't work on, so go ahead and challenge me. Book your complimentary Discovery Call so we discuss your needs.

Still not sure? Take a look at the client stories below, that will show you the results that coaching can bring.

How Long Is A Session? Expand

Sessions are an hour each.

What Can I Expect From Coaching? Expand

Coaching is about learning to be the person you wish to be, with the behaviours you wish to have, the coaching I offer is aimed at helping you to discover who you are, what you want & what is blocking you. Once we know what needs to be worked on we can create strategies for change.

There is no quick fix or tablet you can take, I can however help you get there quickly. Are you ready to grow?

Coaching is designed to get the right results & quickly, unike counselling which is a much longer process.

How Many Sessions Will I Need? Expand

Each client is different, although I always offer a complimentary initial Discovery Call so we can work out what you wish to accomplish, as well as whether you wish to work with me, this will be around 30 minutes.

I would always expect a client to need between 3-6 session, it may be more if there is a lot you wish to work on.

Once you are happy that you wish to proceed we will schedule your sessions so you can get started.

People who have coaching see a huge range of benefits, obviously it will depend on what you want to work on as to which benefits you can expect, here’s some of the benefits that other people experienced:

When deciding to work on something in your life, you need to be prepared for it to take time, transformation is rarely, if ever instant.

It is important to place the value on the end result, what it is you wish to achieve, instead of the monetary value, how much is happiness worth to you? What would you value your relationship or career at?

You are investing in you and your future.

How Do I Book? Expand

You will find my calendar at the foot of this page, you can book a complimentary Discovery Call with me which is via Zoom. This is simply so we can meet and decide wether we want to work together. There's no obligation at this point. If you are happy to work with me, we can book a time & date then.

For appointments at evenings and weekends, please contact me directly tracy@tracyfance.com so we can schedule a meeting.

I know what it is like when you are keen to just take action and get going! You're welcome to book a package before having a Discovery Call with me, should you decide not to proceed I will refund you in full. We will need to discuss dates & times though, you cannot book your transformational coaching via the website.

No refunds will be made once the coaching has commenced.

How Do I Pay? Expand

I'm so proud of you for deciding to commit to change! My website allows for payment via debit or credit card and Paypal. I am happy to do a bank transfer via BACS if you are in the UK.

Please read the T&C's before purchasing. If you need to pay monthly, we can agree a payment plan, this does cost slightly more but gives you the financial flexibility to ensure you can get going with your personal transformation straightaway.

Please ensure you have read my terms and conditions before booking.

You can find my reviews on my Facebook page and on the testimonial page of this site.

Sign Up Here
Shopping Cart
We use cookies on our website to give you the most relevant experience by remembering your preferences and repeat visits. By clicking “Accept All”, you consent to the use of ALL the cookies. However, you may visit "Cookie Settings" to provide a controlled consent.
Cookie SettingsAccept All
Manage consent

This website uses cookies to improve your experience while you navigate through the website. Out of these, the cookies that are categorized as necessary are stored on your browser as they are essential for the working of basic functionalities of the website. We also use third-party cookies that help us analyze and understand how you use this website. These cookies will be stored in your browser only with your consent. You also have the option to opt-out of these cookies. But opting out of some of these cookies may affect your browsing experience.
Necessary Always Enabled
Necessary cookies are absolutely essential for the website to function properly. These cookies ensure basic functionalities and security features of the website, anonymously.
Functional
Functional cookies help to perform certain functionalities like sharing the content of the website on social media platforms, collect feedbacks, and other third-party features.
Performance
Performance cookies are used to understand and analyze the key performance indexes of the website which helps in delivering a better user experience for the visitors.
Analytics
Analytical cookies are used to understand how visitors interact with the website. These cookies help provide information on metrics the number of visitors, bounce rate, traffic source, etc.
Advertisement
Advertisement cookies are used to provide visitors with relevant ads and marketing campaigns. These cookies track visitors across websites and collect information to provide customized ads.
Others
Other uncategorized cookies are those that are being analyzed and have not been classified into a category as yet.
SAVE & ACCEPT
Scroll to Top