Synchronicity and the reasoning out of random occurrences 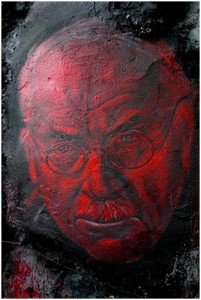 Random events happen in an oft-repeated way that tends to startle us in a lot of variations. Systematically, we set forth our daily routine expecting nothing less than to execute a game plan and hope everything falls in their designated places. That’s why when something disrupts that cycle or dynamism, that’s when these random events catch our attention. Some would just treat it as it is—random! As if they’re there for no apparent reason.

The belief that every once in a while, we would encounter coincidence or events in our lives that will not make the most sense at that exact moment until we reach a time or a point that gets triggered to truly define what these events are. What they meant could sometimes take a while before we figure out the other pieces of the puzzle. Such was the idea presented by a psychiatrist named Carl Gustav Jung when he explained the idea of synchronicity as a concept which coincidences or events transpire on its most unexpected time only to matter eventually. The operative word for these phenomena is timeliness—something the phenomena itself does not have. Synchronicity is an idea, but it is more likely a premonition of things/ events that catches our attention and that which our present undertaking or situation doesn’t really require or warranted. And then at some point in the future, these things/ events happen to fill up a whole—which didn’t make a lot of sense when first seen or felt or realized.

Psychics, much like Jung, often call these psycho-physic phenomena as connected and related as they can be. The subconscious gets to be pitted to the material where the former always appear first hand. Oftentimes we perceive a lot of things that we have no intention of pondering and yet they appear for no apparent reason (at least at that point) only to realize after some time. Based on their observation, the world we live in where both the material and subjective co-exist comes into full display by what the phenomena of synchronicity bring. To them, there would be no greater manifestation than having us to experience these kinds of things that these types of ideas aren’t really far-fetched after all. But I guess the greater satisfaction besides that is the thought of boundless possibilities it could bring to our dear science. 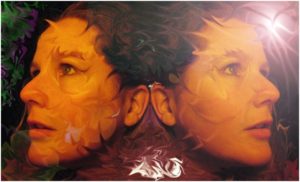 Nothing more gratifying that these ideas are totally getting people at the edge of their seats, keeping them all too engaged on what it posits. Synchronicity was even taken into greater heights at least as an idea in a 2015 independent fiction film of the same title where it is thought to be the key to time travel involving two persons’ consciousness belonging to different universe. Synchronicity is being brought to transcend as huge as the limitless universe as a way of putting weight in such ideation. Fiction as it may have been, putting it into an idea really manifests a growing interest on it.

Whether or not there’s a need for a medium of the special kind or just totally any other average Joe in this case of psychic phenomenon, the very ideals present with synchronicity is that you can never ever take for granted anything that appears and transpires in our surroundings as these are triggers that may hold nothing for now but it eventually will bear weight in the future. Having the understanding to this philosophy develops an individual’s appreciation of mysteries that are happening for a reason.

How psychics apply and utilize the phenomena of synchronicity leaves us to wonder where it really falls under. Is it quantitative and material enough so science could have a claim for it, or is it qualitative enough—perceptive and mysterious enough to be embraced by the world of mysticism? Because if you thoroughly discern the qualities of synchronicity, it gives you more potent power that could really synergize both worlds that are often at odds to one another.

The wonders of synchronicity being able to be performed at two different places and hypothetically from two differing timelines often tickles our brain cells on why we experience cognitive intuition on random instances. It posits, too, with a whole bunch of questions that spawned by such premise. Maybe this is just me being preposterous that it could be a theory that can be explored that may eventually put psychic professionals and their knowledge on the near level of that of the men of science.

What this meant to me is simply making sense of the things that we normally observe from my personal experience and that of the others. While some can just be speculative about it, most of us at least intend to break a sweat and go to lengths of figuring out what it really is. I am of the impression, too, that a lot of us have come out with differing theory and it will be great to hear from you, readers. Perhaps commenting your own thoughts on the phenomena on this article could help me pick your brains and help me get this really figured out. Collating objective people’s theses and anti-theses is what makes me come up with the best synthesis and in that note, I know damn too well how the controversy also intrigued a lot of you readers so let’s get comment thread started.